We deemed it was a good idea to have some content to open our blog, therefore we chose to put it online right after the Nuit du Hack 2012 CTF prequals which happened March 24-25th.

After the Codegate where we finished at the 14th place and first French team, we were confident that we could achieve a similar ranking during the NdH2k12 prequals.

We were a bit disappointed by these prequals, and the best résumé we could think of about these 48 hours is: “WTF is happening to the scoreboard?”.

Hereafter you will find some writeups and also a few pictures and a timelapse of people working on the prequals in our lab! 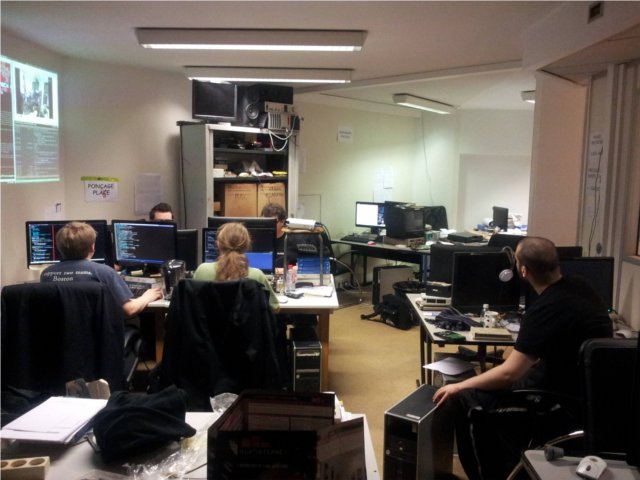 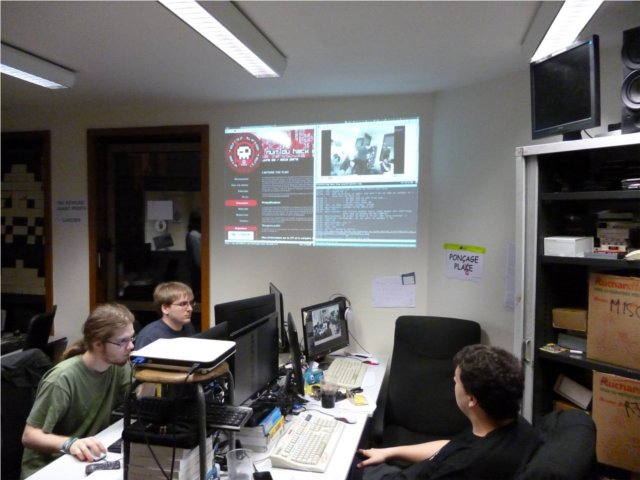 We always have security in mind at the LSE, that is why when kushou doesn’t want to lose his password, he just pastes it on an IRC channel so that anyone can reminds him!