For this exercise, we are provided a pcap file containing PMU reporting values using the Synchrophasor protocol, also known as IEEE C37.118. The first thing is to google that, and see what we get. The most interesting result is Wireshark wiki. Indeed we can find example files on this page. If you download the fourth example (“C37.118_4in1PMU_TCP.pcap”) and binary diff it with timewave-zero.pcap you see the only changing data are the timestamps of the Synchrophasor packets. We can therefore assume that we have to work on those values.

So now, 1-bit per timestamp. You start the guessing game with the the classical LSB. No dice… LSB after reordering the packet according to their timestamps? No dice… 0bit and 1bit encoded accordingly to the packet being late or early in a virtual packet reordering (hey, who knows…). Guess what? No dice.

Hell we even tried animating the synchrophaser before and after packet reordering to see if something would “draw” during the animation. No dice… Time to stop the guessing game and use a weapon of mass statistical destruction: the histogram! Let’s see if we find some statistical data bias. 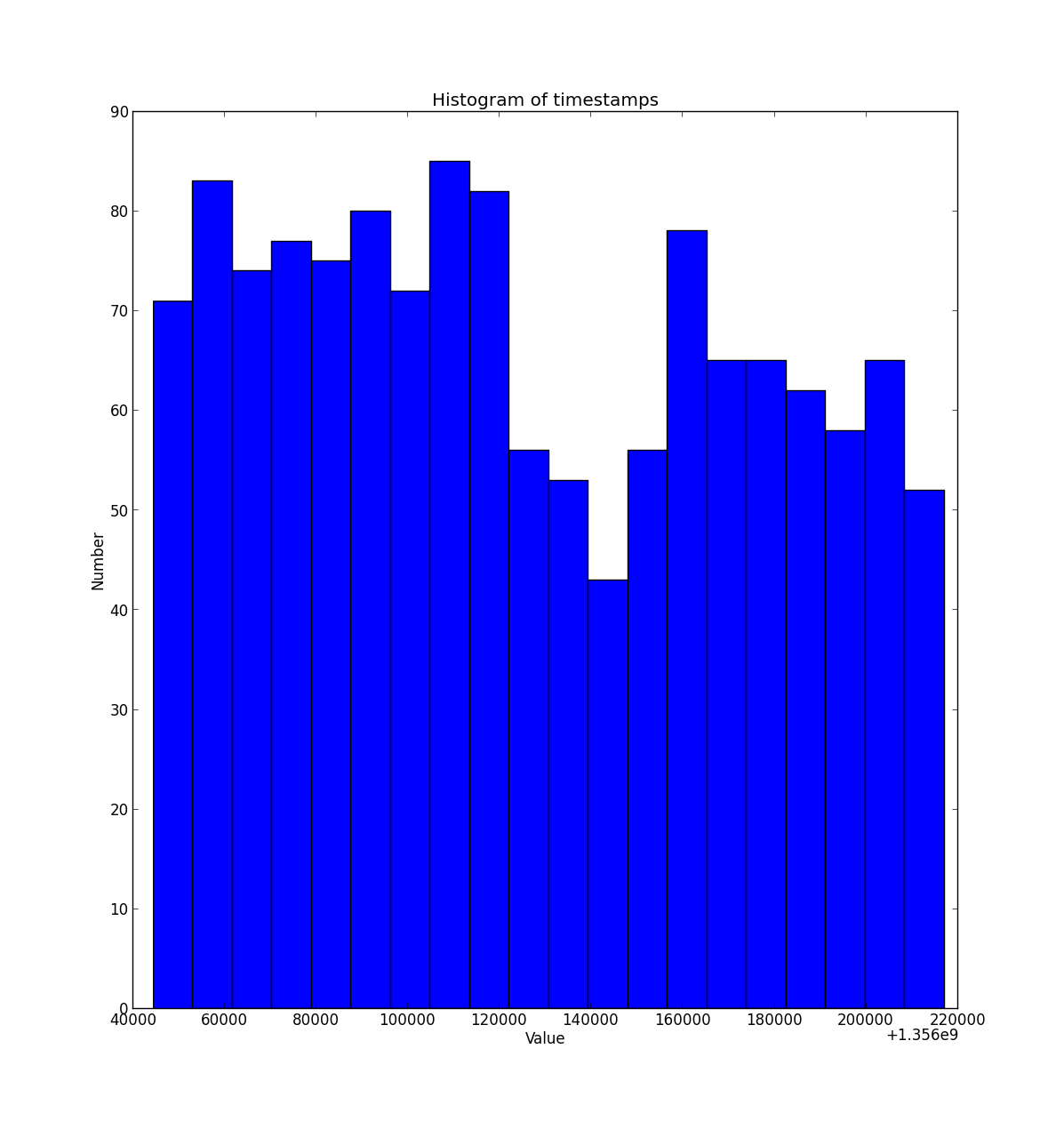 We can notice two things:

With these observation we can infer how the information are hidden in the timestamps: assuming the output should be readable ascii characters, we can assume the probability of 0-bit to be higher than of 1-bit. Looking again at the histogram, thresholding midpoint of the timestamp range would just give us exactly that. Furthermore, the gap in the middle is quite convenient insofar as it is probably preventing from ambiguities at the threshold value (should we threshold using > or >= ? )

With all this we can write a script which takes all the timestamps and get the key:

BUT as if steganography is not already annoyingly game-guessing enough, just submitting the key and call it a day would have been too easy, wouldn’t it? ;) We were unable to validate the key, which was refused by the web interface.

Clever ending: What if an undergradudate intern used VARCHAR(128) to store the key in the database validating the challenge? So we only pasted the 128 first chars.

Real ending: There was something else which was different from the Wireshark wiki reference file. One byte in the snaplen field of the global pcap header was changed from 0xFF to 0x7F. So we thought we had to take only the 0x7F first characters (nonsense, right?). As you are well aware, 0x7F equals 127. It sometimes helps to mistakenly copy 128 chars instead of 127 when copy/pasting!

That’s all folks! Is timewave-zero.pcap the new BMP? Maybe not, but close enough we’d say. What do you think?